This week I managed to unpack the T2000 server. It’s a pretty large box, but not overly huge. The hard disks are nice little 73GB SAS drives that pull right out of the box. The CD/DVD drive is a sleek slot loading drive. I do have to say, Sun did a good job making this box look really nice and sleek. A datacenter of these things would be quite cool (literally and figuratively).

My initial hope was to commandeer a monitor, plug in a USB keyboard, and go at it. One major proble, there is no video card installed on the box, although if I had an extra PCI-E card, it would be interesting to see what happens with one. Initial system boot-up and installation is done via the serial console. Okay, find a null modem and a laptop with a serial port (my new T43p does not have a serial port). Wrong. Even if I could have found a null modem, the regular serial port is not the serial console, instead you need to use an RJ45->DB9 dongle to get a serial terminal. Of course, these things were no where to be found around Carnegie Mellon.

Luckily, an email went off, and a schmeatic of the circuit came back. Thinking for a bit, I remembered that Make Magazine vol 1 had an article on how to build a 5-in-1 network cable. Off to Radio Shack for some parts. Unfortunately, Radio Shack has slowly turned itself into “crappy overpriced cell-phone shack”. Not a single RJ45-DB9 connector was to be found. The only DB9 connectors I could find were just a single snap in port. In fact, they didn’t even have a coupler for RJ45. So I picked up two of them. The next step was to mangle an ethernet cable, and have some breadboard fun. After about 30 minutes, I had my circuit. 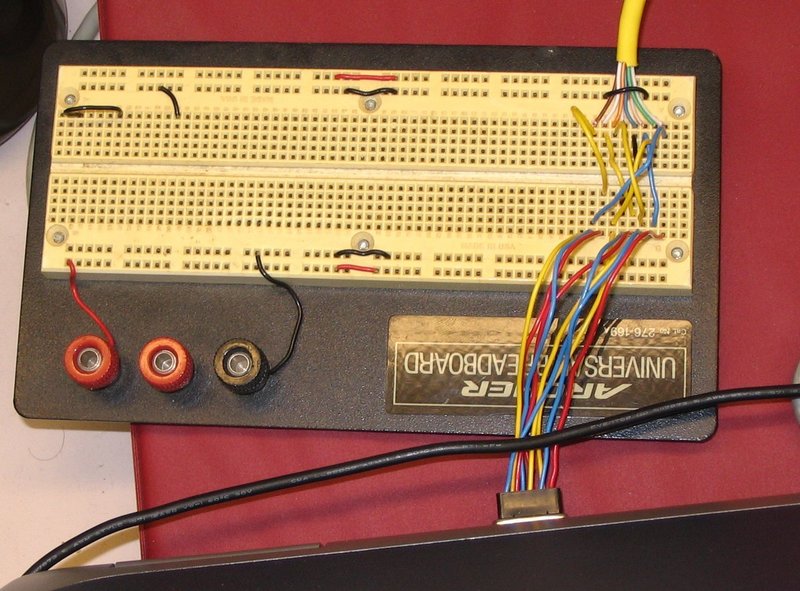 Luckily, after a little bit of tweaking the circuit, and reseating some wires on my breadboard, the ALOM on the T2000 started up and spit out data to the Hyper Terminal running on Kristina’s laptop. It was pretty straight forward to get the network console running after this point, and yes, it can DHCP an address, but be very careful about putting the network admin port on a public network because the VxWorks OS that runs ALOM does NOT support SSH. Suckage. Here’s another shot of getting everything going. I’ve got the serial terminal up on the HP laptop and the network terminal up on the T43p. After booting into Solaris, it’s much better to use SSH to connect to the OS than go over the network terminal. 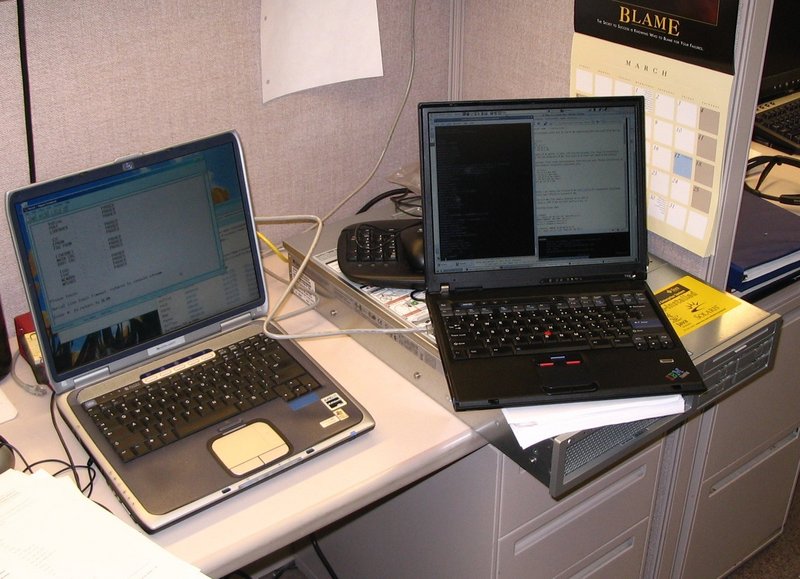 Getting the T2000 Up and Running